Following on my post last week highlighting the new Project app for Microsoft Teams, at the same time, Microsoft also released the Roadmap app for Microsoft Teams. If you missed the previous post on the Project app for Teams, it can be found here: https://pwmather.wordpress.com/2020/08/22/microsoft-teams-app-for-project-for-the-web-microsoftteams-projectfortheweb-microsoftproject-workmanagement-msproject-office365/

In this post we will take a look at the Roadmap app for Microsoft Teams: 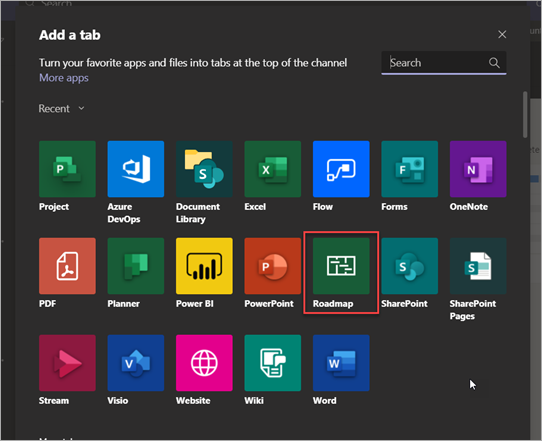 This app enables you to create a new Roadmap in the Microsoft Team or add an existing Roadmap to the Team if one exists in the Office 365:

Clicking “Create New Roadmap” enables you to enter the name for your new Roadmap:

Then click Save. The new tab is then created in the Team channel with the roadmap loaded ready to add the rows: 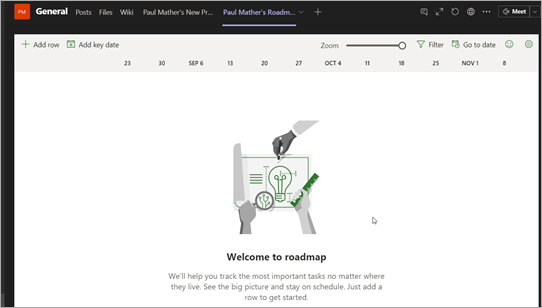 To get the to roadmap settings click the cog in the top right:

This loads the roadmap details panel:

Now the roadmap can be managed fully from Microsoft Teams. As the project was created via the Team, it is automatically associated to the Office 365 Group / Team. 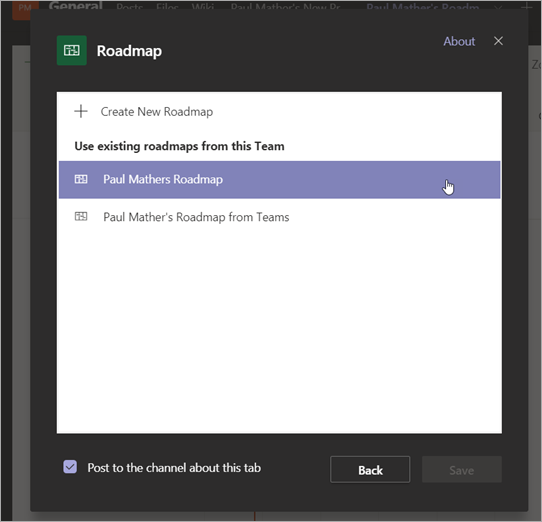